Horsley Hills are widely praised for its scenic beauty. The narrow roads that lead to the hills are very beautiful and the entire road is covered with dense forest for different kinds of trees like eucalyptus, jacaranda, allamanda and gulmohar. Important tourist attractions of Horsley Hills are Environmental Park, Lake Gangotri, Gaalibanda,and the Horsley Hills Museum. The Mallamma temple is also a famous local temple of the area.

Zorbing is probably the most popular tourist activity in the Horsley Hills. This is one of the very few places in India which offers the opportunity for zorbing. Now, it is hugely popular among the tourists. For the tourist groups coming to the place, there are attractive discounts by the management. Apart from zorbing, rappelling, trekking etc are also popular here.


How to Reach Horsley Hills

Also many people from Nellore like visit Horsley Hills immediately after they had visited Tirupati, due to the number of convenient travel options.

Apart from the Horsley Hills, Papi Kondalu enjoys wide popularity among the tourist in Andhra Pradesh. It is widely debated that the scenery of this place resembles to the beauty of Kashmir. Tourists can enjoy their stay in the serene atmosphere of the place and can indulge in the beauties of the waterfalls at Munivaatam. The whole area is divided into three districts, East Godavari, West Godavari and Khammam district. General tourists prefer to reach Papi Kondalu through Rajahmundry, in the East Godavari District. The most popular tourist attraction of the place is the luxury cruise on the Godavari River. Some other important tourist attractions of the place are Papi hills, Gandipochamma Temple, and Perantapalli Ashramam. 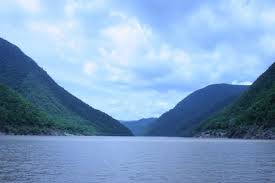 How to Reach Papi Kondalu


Explore more about Tourism in Nellore