The port of Nellore is known as the Krishnapatnam Port. This is an all weather and deep water port and is one of the important ports of the eastern coast of India. Chennai Port, probably the most important port in these parts of India is situated 190 km away from Krishnapatnam Port. This port is only 25 km away from the city of Nellore and that is why, it has been one of the most influential factors of developing the business prospects of Nellore. CVR Group, a commercial entity based in Hyderabad is the principal stake holder of the port. It is owned as well as operated by a company called “The Krishnapatanam Port Company Limited”. This port is also the largest private sector port of India.

Built in an area of around 4,553 acres of land, the port was built by the Navayuga Engineering Company, a part of the CVR Group. The private management of the Krishnapatnam Port has started of BOST or build-operate-share-transfer relationship with the Andhra Pradesh Government. As per the agreement, the CVR Group will be in charge of the port for a period of 30 years and the lease can be extended to another 50 years. In the second tenure, if it happens, the management will have to pay the State Government 2.6% of the gross revenue of the port, which will not be given in the first 30 years period.  The first and second phase of the construction of the port was completed in 2008 and 2012 respectively. The third and final phase of construction of the port is scheduled to be completed in 2017.

Statistically speaking, in the year 2014, the port can handle 75 million ton cargo in a financial year. This port has a draft of 18.5 meters and that makes this port the deepest port in India. The hinterland of Krishnapatnam Port is exceptionally rich in industrial as well as agricultural prospects. Not only Tamil Nadu and Andhra Pradesh, some parts of Maharashtra are also considered as hinterlands of this port. Apart from that connectivity with train lines and National Highway 5 has given the port very high importance in terms of trade and commerce. 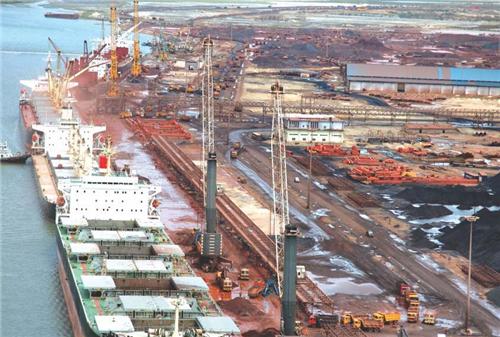 This port is being considered as the base of a special economic zone of SEZ. This SEZ is being constructed by the Krishnapatnam Infratech Private Limited. As per the plan, the SEZ will be around 12,000 acres and the total investment behind the SEZ is around 6000 crores rupees. After the completion of this project, more that 30000 new jobs will be created in the area and the economy will undergo a strong change. Mahindra Engineering is the company which is planning the SEZ and they will also execute the plan. This will be one of the very few multi-purpose SEZs in India.

In future the management of the port is focused on diversifying their portfolio of handling the cargo. As of now, coal is the primary cargo handled in the port, but the volume of export has grown in a steady way. Apart from coal, edible oil, fertilizers, cars are some other important exports that are conducted from the port.


Explore more about Transport of Nellore