* In case of any delay in receiving the OTP, you may verify it later. Please proceed without verification.

Your mobile number is not registered with us. Please register your mobile no.

Nellore is considered as one of the most important tourist spots in Andhra Pradesh. Numerous temples, historical spots and beautiful natural parks are the highlights of tourism in Nellore. Someone visiting Nellore can have a glimpse of the rich history and heritage of Andhra Pradesh, which is portrayed mostly by the ancient temples in Nellore, which still attracts pilgrims from all over India. 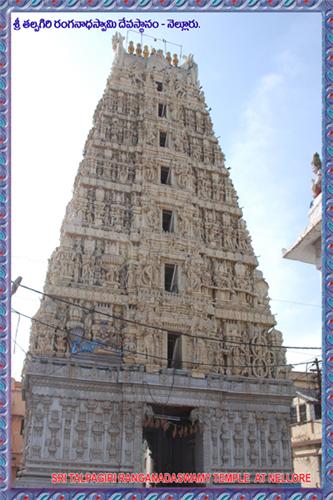 The seven gold kalisams bring an unique beauty to the temple. Brahmotsavam is celebrated in the Sri Talapagiri Ranaganatha Swamy Temple in the months of March-April, Apart from rath yatra, this is another very important festival in the region. Pilgrims can also visit the Sri Ranganayaki Lakshmi Devi temple and Sri Andal Ammavari temple from the Sri Talapagiri Ranaganatha Swamy Temple. 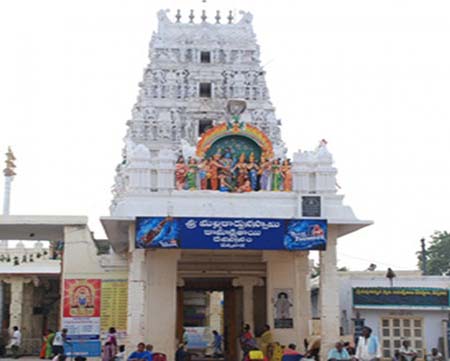 Jonnawada in Nellore is popular for the Mallikarjuna Swamu Kamakshi Tai Temple. The temple, also on the banks of the Pennar River, was built in the year 1150. Along with Sri Talapagiri Ranaganatha Swamy Temple, this temple is one of the most famous temples in Nellore. The Mallikarjuna Swamu Kamakshi Tai Temple is situated 12 km away from Nellore city, in the Jonnawada area, and is a part of the Buchireddipalem Mandal. As per mythology, the place is known as ‘Yagnavatika Jonnawada’. According to the Hindu Puranas Mahamuni Kasyapa Brahma performed yagna to please Lord Mallikarjuna Swamy. The Lord Mallikaarjuna Swamy is said to grant all the desires of the devotees and this is one of the reasons of popularity of the temple. The ‘Sri Chakram’ in the temple was installed by Sri Jagadguru Sankaracharya. Also, myths tell that by taking a dip in the nearby Kachpateertham Lake, one can wash away all his sins and bad karmas.

Due to the huge popularity of the temple, regular bus services are available from Nellore which can take the pilgrims directly to Jonnawada. Private cars, taxi cabs and autos are also available for hire in the Nellore bus stand. Brahmstsavam, celebrated in the month of Vaishakh, is the most important festival in Jonnawada. Lakhs of devotees come to worship the Goddess at that time. Friday is the most auspicious day of the week in Jonnawada and in Friday, huge numbers of pilgrims come to the temple to offer pujas. 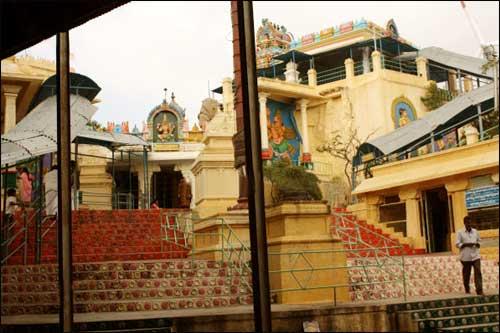 Vedagiri Lakshmimarasimha Swamy Devastanam (popularly known as “Narasimhakonda”) is situated in Narasimhakonda, which is just 15 km away from the Nellore city. Pallava king Narsimha Varma had built the temple in the ninth century. As per the Hindu mythology, the great saga Kasyapa had established the temple on the banks of the Pinakini River. One can find the mention of the Vedagiri Lakshmimarasimha Swamy Devastanam in the Vedas as the the Seven Sages or Saptarishis performed “Yagnam” or Sacrifice on the top of Narasimhakonda temple. The State Government has renovated the seven tanks on the hilltop near the temple and these are known as the “Seven Mandapas”. In the month of May, “Brahmotsavam” is celebrated with much glamour and glitz.

Penchalkona is an important temple in Nellore, situated at the foothills of Veligondalu.  Penchalkona is around 80 km away from the Nellore City. The temple was completely renovated in the 10th century.
Narasimha Jayanthi is the most important festival in Penchalkona and it takes place in the month of May. In Penchalkona, Saturday is considered as the most auspicious day of the week and many pilgrims offer pujas in the temple on this day. As per the Hindu mythology, after killing the demon Hiranya, Lord Narsimha bathed in Penchalkona to shed his anger and withdraw the Narsimha avatar. Also, according to the legends, Sage Kanva, one of the most famous sages in Hindu religion used to reside in the area and that is why earlier the river was known as “Kanva Nadi” (now it is known as Kandaleru).

Alghu Malluru Krishna Swamy temple (popularly known as the Mannar Poluru Temple) is situated in the in the Mannarpoluru Village, which is more than100 Km away from the Nellore city. Due to the lack of regular bus services to the area, generally pilgrims to the temple hire private cars and taxi cabs from Nellore. Bangaru Yadama Nayudu had built the temple in the 17th century. Historically, this place is famous for the mallayodhyas or the traditional wrestlers. It is said that Lord Shri Krishna had defeated King Jambavantha in a wrestling duel and married his daughter Jambavati in the area. Also, Lord Vishnu had deflated the ego of Garutmata in Mannar Poluru. In the temple, the idols of Lord Krishna, Satyabhama and Jambavati can amaze a person. This temple is still considered as an architectural marvel of South India. 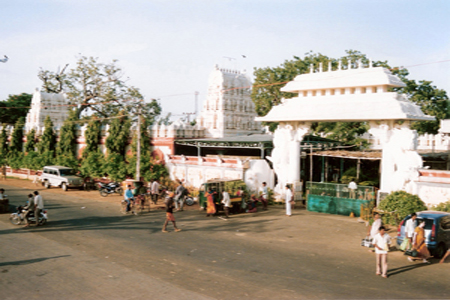 The Chengalamma Temple or the Tenkali Temple is situated on the banks of the Kanlangi River. The temple is around 100 km away from Nellore city and as per the structural observations; historians have said that the temple was build in the 4th and 5th Centuries. The Goddess is also referred as the village goddess “Tenkali” and this goddess is worshipped by devotees as Chengalamma. The goddess Tenkali is very popular in the surrounding areas, as well as in some other parts of South India. The Tenkali goddess is referred as “mother” by the devotees and it is believed that this mother goddess is very gracious in granting boons to the devotees. The “Chengalamma Jatra” is a very popular festival here and it is attended by numerous devotees. 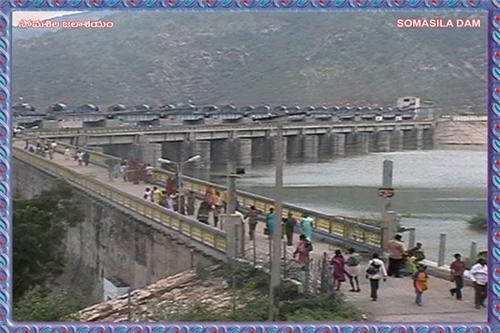 The Somsila Dam is one of the biggest irrigation projects in Andhra Pradesh. This irrigation project is designed to create better irrigation potential for the farmers of the Nellore district. The dam is located in the Eastern Ghats mountain range. Due to the natural beauty of the surrounding areas, the place is getting attention from the tourists and locals alike. The Someswara Temple and Ashram are two very important tourism destinations apart from the Dam. 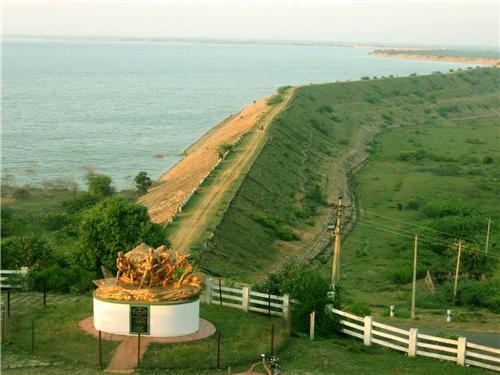 Kandaleru Dam is another important dam in Nellore. It is 60 km away from the city, but the place is well connected with other parts of the state as well as Nellore city, due to the proximity of the State Highway. It is constructed on the Kandaleru River (originating in the Velegonda Hills and passing through the Gudur Region). Kandaleru Dam is the biggest earthen dam of the World which is spread across 11 sqr. Km area.

Kandaleru Dam is located in a beautiful hilly region where there are many small hillocks and forests. As the place is getting prominence in the tourism map of Andhra Pradesh, the Government has built a guest house in the regions. Some private investment is expected in near future to make the place one of the most important tourism destinations in Nellore. 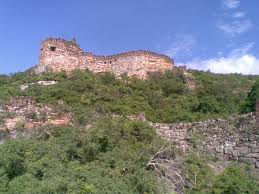 The Andhra Pradesh Government is trying to develop the Udaygiri Fort like the Golconda Fort, so that it becomes one of the most important tourist spots in Nellore and Andhra Pradesh. The fort is located 100 km away from the city of Nellore. The average elevation of the fort is 3079 feet and the area is famous for its natural beauty. The Gajapathis and the  Vijayanagar Rulers ruled from the fort and at those periods, the town of Udaygiri grew to great splendor. The ruins of 365 temples found in the town are example of the past glory and development of the sculpture and architecture of these periods. The “Sandal Festival”, held in the 26th day of the Rabi-UI-Aval month, is very popular in the region. Traces of Pallava Culture, Chola Culture and Vijayanagara Culture found in the architectures of the different temples in the fort.

The Udaygiri region is also famous for the high amount of medicinal plants of the area. That is why the Udaygiri Hills are also named as “Sanjeevi Hills”. 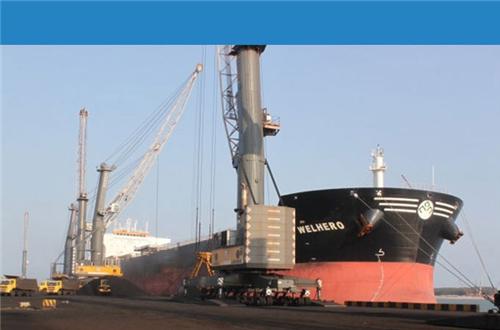 Krishnapatnam is probably the most important coastal area of Nellore. It is an old port and is not operation until a few years ago. Historically speaking, this port was considered as one of the main ports of Andhra Pradesh. It is only 25 km away from Nellore city.

The Andhra Pradesh Government has taken a number of initiatives to restore the glory of the port. The Krishnapatnam Town is being developed as an industrial port city and there are talks of building a thermal power station in the city. 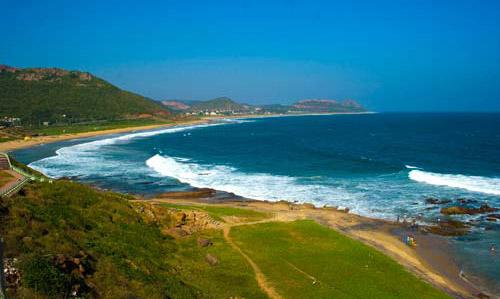 Mypadu Beach in Nellore is considered as a cheap and cool way to get away from the hot sun during the extended summer season. There are no adventure sports available in the beaches of Maipadu. It is just 20 km away from Nellore City. Private cars and taxis are the most convenient way to reach at Maipadu Beach from Nellore City. 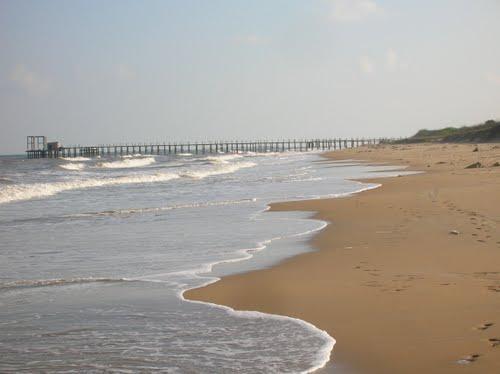 There are a number of beautiful beaches in Nellore, but most of these beaches are under-developed in terms of tourism facilities. Kotha Koduru is one of the prominent beaches in Nellore located about 18 km from Nellore. Plenty of buses and taxis are available from Nellore city to take the tourists in the place. Tourists find different types of fish delicacies in small stalls on the beach. Velangani Mata Church on the shores of Kotha Koduru Beach is also famous among the tourists here.

Nellore has several hotels and guest houses to accommodate tourists of various budgets. If  you are looking for luxury you can stay in Hotel Leo and Hotel Atithi Grand that offers the best in terms of luxury and comfort. The budget hotels might not offer luxury but are safe and comfortable.


How to Reach Nellore:

Nellore is accessible by road and also by train. One can reach Nellore by the trains like Chennai Howrah Express (08042), Jarangdih Shatabdi (12077) Express, Hyderabad Express (12603), Charminar Express (12759) etc from Chennai Railway Junction.