The city of Nellore is very well connected by road. The National Highway 5 (connecting Chennai and Kolkata and a part of the Golden Quadrilateral Expressway Project of Government of India) passes through the city. It is also connected by different Government run bus services like Andhra Pradesh State Road Transport Corporation, Karnataka State Road Transport Corporation and Tamil Nadu State Transport Corporation. Nellore is the zonal headquarters of APSRTC, which includes the districts like Prakasam and Chittoor, along with Nellore. There are two important bus stations in the Nellore city, and they are RTC Bus Station (mainly for the intercity and interstate bus service) and Potti Sreeramulu Bus Station (for town bus service and intra-district services). Apart from state owned buses, private bus services, taxi cabs and autos are very prominent parts of the transport system of Nellore city. 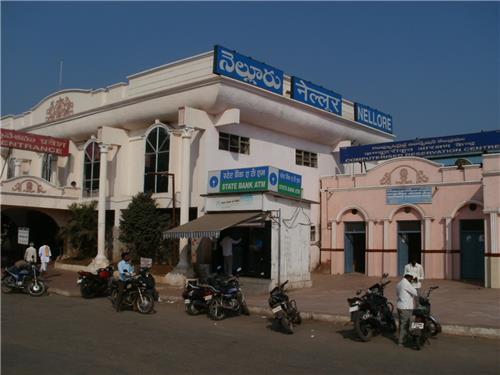 Nellore does not have an airport in the town. The Tirupati Airport is the nearest airport of the town. Apart from this airport, people of Nellore favor Chennai International Airport to reach Nellore.

The Tirupati Airport or Renigunta Airport is situated in Tirupati, Chittoor District of Andhra Pradesh located about 125.6 km away from Nellore. Due to the growing popularity of Tirupati as a religious place, the Government has declared that night landing facilities would be installed at the airport and 400 acres of land would be acquired to upgrade it to international status. The three most important airlines flying from the airport are Air India, Jet Konnect and Spice Jet.

Chennai International Airport is the primary airport of Chennai and it is the third busiest airport in India in terms of passenger traffic. It is the regional headquarters of the Airports Authority of India for the southern region of India comprising the states of Tamil Nadu, Andhra Pradesh, Kerala, Karnataka and the two union territories of Puducherry and Lakshadweep. Chennai International Airport is 193 km away from Nellore.